Menu
Places available for our Pre-school and Nursery for September 2022, please complete an application form (available on our website or from the school office) and return to school ASAP as spaces are filling up fast

Listen to the story of Walter the Spider and his battle against the wind to create his wonderful web by spinning different shapes.

When you have read Walter's Wonderful Web can You remember which shapes Walter made with his web?

Can you place the shapes in the right order?

You can cut out paper shapes and the children could order those. 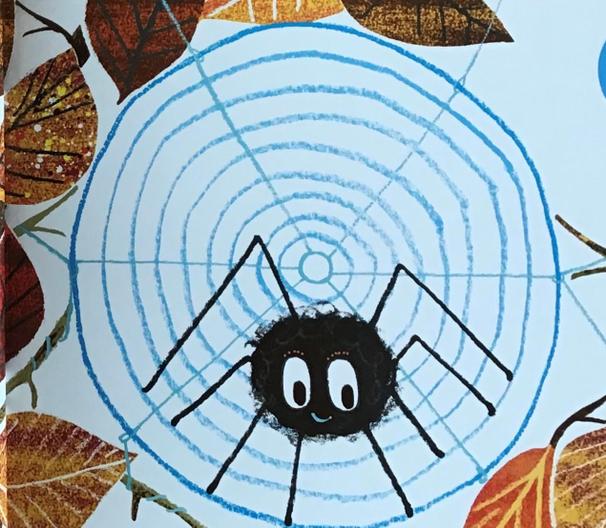 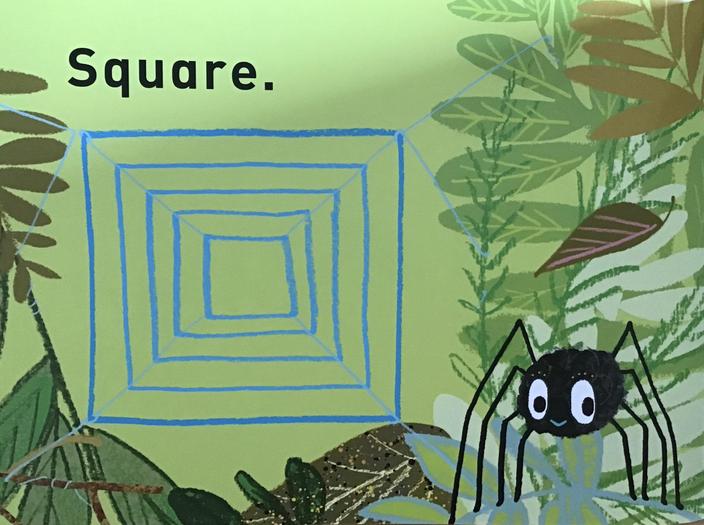 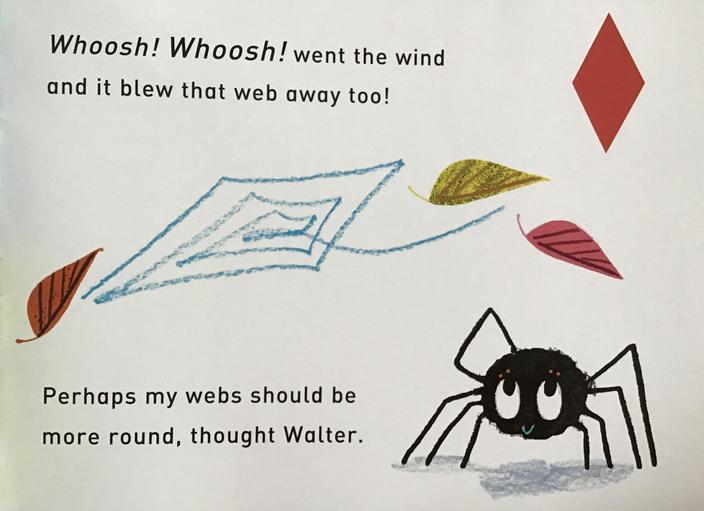 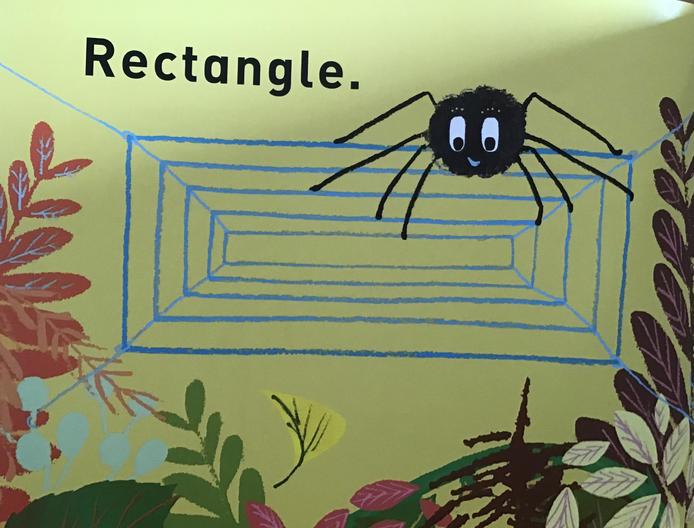 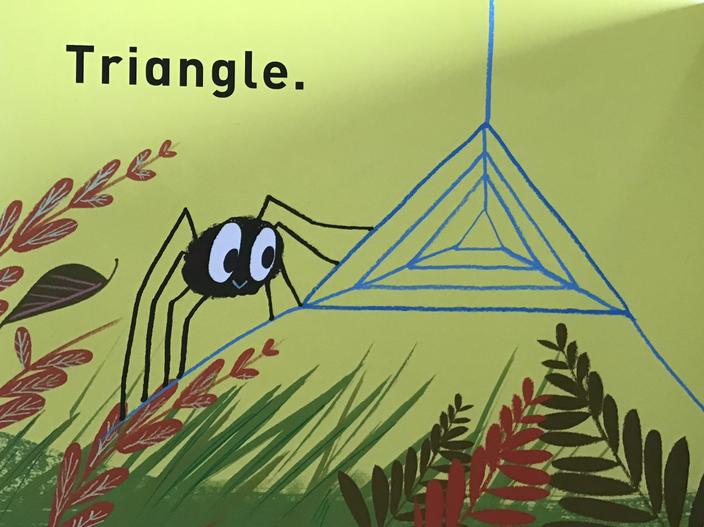 Using either the pictures or the cut out shapes from the literacy activity  lay them on the floor or draw the shapes in chalk outside.

Play a find the shape game:

Jump on the square

Hop to a round shape

Sit on a shape with straight sides

Put your hand on the triangle.

If needed draw the shape in the air with your fingers as you call the shape name to support recognition. 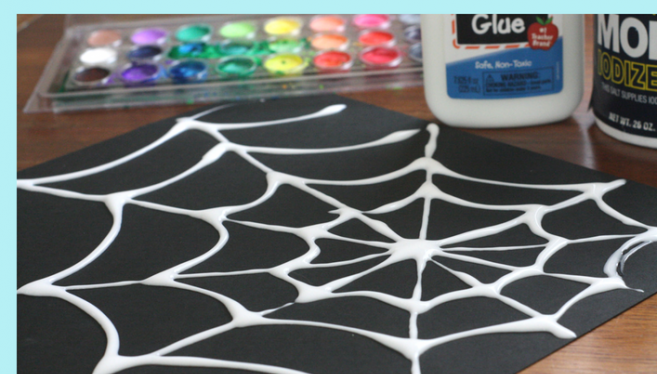 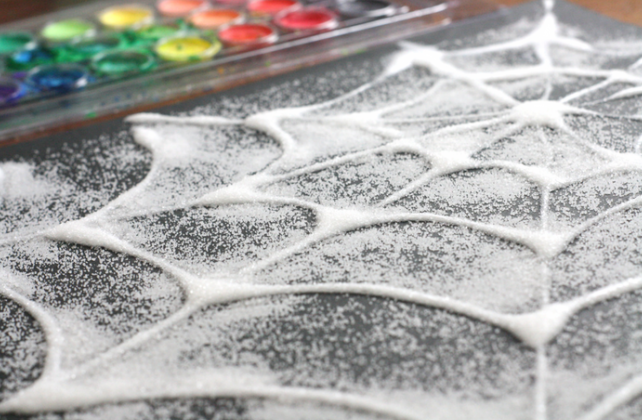 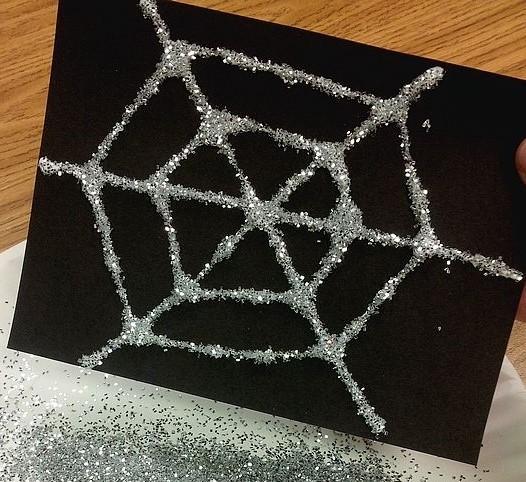 .How to make your web

Start by drawing a small circle with a pencil for the centre of the spider web.

Draw lines freehand from the centre circle  and go from one edge of the paper to the other.  It is better to draw fewer lines rather than too many as the glue will make the lines thicker.

Use your pencil to draw curved lines between each “ray” of the spiderweb.  Again, encourage children to make these line far apart .

Drizzle glue along each long ray of the spider web, then move on to the curved lines that connect the rays.

While the glue it still wet give the children a little pot of salt, if you have glitter you could add that into the salt to give a little extra shimmer. Remind the children  not to eat it or lick their fingers.

Warning: you can tell the children when Miss Walton was a little girl like them, she ate a spoonful of salt thinking it was sugar and was very sick!

Use two fingers to pinch the salt and sprinkle it on top of the wet glue. Cover the glue with salt completely and gently slide off the extra.

There you have a wonderful web just like Walters!

Equipment:  Any outdoor space for the children to run about in

Jog about in the space, avoiding each other and keeping busy with their own pirate ship tasks.  At various points the pirate leader makes loud announcements in their best pirate voice.  The pirates must act as swiftly as possible to complete a related task, as follows:

Scrub the deck! – pirates crouch down and mime scrubbing the deck with their hands

Climb the rigging! – pirates run on the spot miming climbing up rigging with their hands

Walk the plank! – pirates stop, walk forward three steps along the imaginary plank, then jump to crouching, as if into the sea

Leader varies the orders as they wish.

KUW: Find out a little bit more about spiders.
Then go on a spider hunt, how many different spiders can you see?

Unfortunately not the ones with chocolate chips.

Some cookies are necessary in order to make this website function correctly. These are set by default and whilst you can block or delete them by changing your browser settings, some functionality such as being able to log in to the website will not work if you do this. The necessary cookies set on this website are as follows:

Cookies that are not necessary to make the website work, but which enable additional functionality, can also be set. By default these cookies are disabled, but you can choose to enable them below: